Flutter Entertainment was in court in the UK earlier this month to answer a suit brought against its street-level sportsbook operation, Paddy Power. While the judge in the case technically sided with Paddy Power, ruling that claimant Amarjeet Singh Dhir was unable to prove a direct link between the stolen funds and Paddy Power, parent company Flutter still expressed significant embarrassment about the incident.

The suit was brought by Amarjeet Singh Dhir in relation to the problem gambling case of Tony Parente. Dhir loaned fellow businessman Parente £1 million in 2015 to invest in Dubai real estate. The suit alleges that Paddy Poker accepted the money for betting when they knew or should have known that Parente’s source of funds was in question.

As Parente’s problem gambling became more apparent, Dhir looked to recoup his lost funds from Paddy Power through the suit. While the presiding judge was sympathetic to some of Dhir’s arguments, the court ultimately stopped short of a full ruling in his favor.

The suit was predicated on the suggestion that Paddy Power should have known the funds Parente was using were ill-gotten. It is worth noting that that the judge in the case, Justice Griffiths, made a nuanced ruling where he found no direct connection between Dhir’s loan and Parente’s problem gambling, but still excoriated Paddy Power for ignoring obvious warning signs.

For its part, Flutter’s International Chief, Dan Taylor, fully acknowledged its failures. “The way Mr Parente’s account was handled, the failings of which were acknowledged in 2018 as part of a settlement agreed with the Gambling Commission, is a source of significant embarrassment for Flutter,” he said.

With well over £2 million in bets on his account in 2016, and losses of almost £80,000, the court found Paddy Power failed to properly document the source of Parente’s bankroll. Further, Griffiths found that the sportsbook actively encouraged Parente’s gambling through lavish bonuses and hospitality that included premium tickets to events such as Arsenal games and hospitality days at the Grand National and Cheltenham horse races.

In the end, however, despite finding that Paddy Power failed in several ways to properly deal with Parente’s problem gambling, Griffiths ruled that there was no direct connection between the funds Dhir loaned to Parente, and Parente’s gambling losses. The victory seems much more of a technical win rather than a moral one.

Taylor seemed to fully accept the finding, and pledged that the company needs to do better. “We are committed to leading a race to the top in safer gambling and will continue to prioritize investment in this area.”

Problem gambling is something that the gambling industry must be willing to deal with, despite the profit motive attached to allowing problem gambling to continue. In the past, policies have ignored and even encouraged problem gamblers to spend more, but increasingly, gambling operators are being held responsible for their role in problem gambling.

While this ruling was a technical win for Flutter and Paddy Power, it was clear the judge was not letting it off the hook. His ruling hit specifically at the operator over its specific role in making Parente’s problem worse, but it is heartening to see it own up to its role in the problem, at least in this specific case. 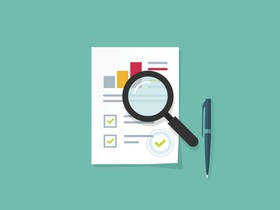 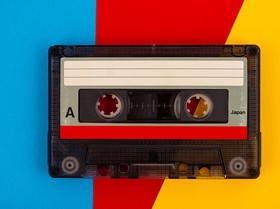