The latest step to provide a safe environment for its customers is showcased by a partnership with Gamban. This newest initiative comes shortly after the company signed up for the “Have A Game Plan, Bet Responsibly” public service campaign by the American Gaming Association (AGA).

The FanDuel Group shows continued commitment to establish the most comprehensive and sophisticated responsible gaming program in the industry. Customers who choose to self-exclude from FanDuel’s real-money gaming sites or who identify as having a gambling problem will be offered a subscription to Gamban’s blocking software free of charge.

“This is a massive moment for the industry and one we’ve been pushing to achieve since the launch of Gamban,” said Jack Symons, founder of Gamban in the official press release on March 24, 2021. “As the largest real money gaming provider in the United States, FanDuel Group is making a statement of intent and throwing down the gauntlet to operators across the industry to offer self-exclusion support for their vulnerable customers,” Symons added.

The Gamban software will block access to each site of the FanDuel Group as part of the agreement. Furthermore, the application also proactively blocks users from accessing thousands of gambling sites easily on up to 15 personal devices. It was pending regulatory approval in the United States when the partnership was announced earlier this year.

“Educating customers about the importance of gambling responsibly and within limits is a business imperative and ethically the right thing to do,” said Carolyn Renzin, Chief Risk & Compliance Officer, FanDuel Group. “We already offer a suite of tools to help customers enjoy sports betting responsibly. Offering Gamban’s software to those customers signaling they need help adds another layer of protection for our customers, our program, and to the industry.”

The operator is on the verge to promote the Have a Game Plan service campaign via various digital and in-venue media channels in cooperation with the AGA. As part of the multi-million-dollar commitment, the initiative will showcase responsible sports betting advice and raise the overall awareness on signs of problem gambling.

FanDuel has already made a wide array of options available to its customers in regulated US markets such as setting deposit limits, wager limits, and time limits. The self-exclusion is the most vital step for potential gambling addicts and the company has strict exclusion process protocols for it in place. Customers who take this step will no longer be able to access the brand’s casino, racing, fantasy, and sportsbook products.

With the avaibility of the Gamban blocking software as part of the agreement, the self-exclusion from FanDuel’s real money gaming sites for problem gamblers is essentially expanded to thousands of legal and offshore operators. This not only covers the thriving sports betting industry but also online casinos, poker sites, social gaming sites, and esports sites withour further ado.

Subsequently, the FanDuel Group has also extended the Gamban partnership in North America to include the FanDuel brand, TVG, Betfair, Stardust, FOXBet, PokerStars and Stars Casino. Its parent company Flutter Entertainment plc has an existing cooperation with Gamban to deploy the extensive blocking software in Europe.

This adds to the existing network of partnerships for Gamban all over the world. They have already struck partnerships on European soil with major players in the UK’s gambling industry such as Lloyds Banking Group and leading treatment provider GamCare, as well as Norway’s government-owned national lottery and gaming operator, Norsk Tipping. 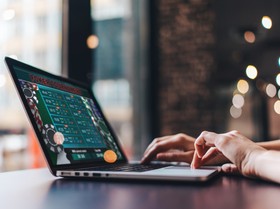 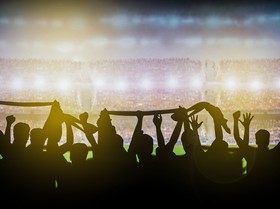 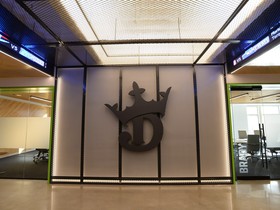